This research emphasizes on how the communication patterns that occur in inter-ethnic marriages between Rote people and Timorese in the village of Naikoten Satu. By using an interpretive approach, the respondents who are the object of research methodologically will understand and describe the communication patterns that occur in families of different ethnicities.

The results of this study indicate that inter-ethnic marriages between Rote and Timorese tend to use a separate balanced communication pattern. This is in accordance with the assumptions of the theory, namely that in the family the equality of the relationship is maintained, but each person has the authority and control in their respective fields. This is also supported by the findings of field data, namely the distribution of control and authority between husband and wife. One example is in terms of matters concerning the needs of the wife's child who has greater authority, whereas in terms of work or matters relating to the husband's income, it is the wife who has the authority. 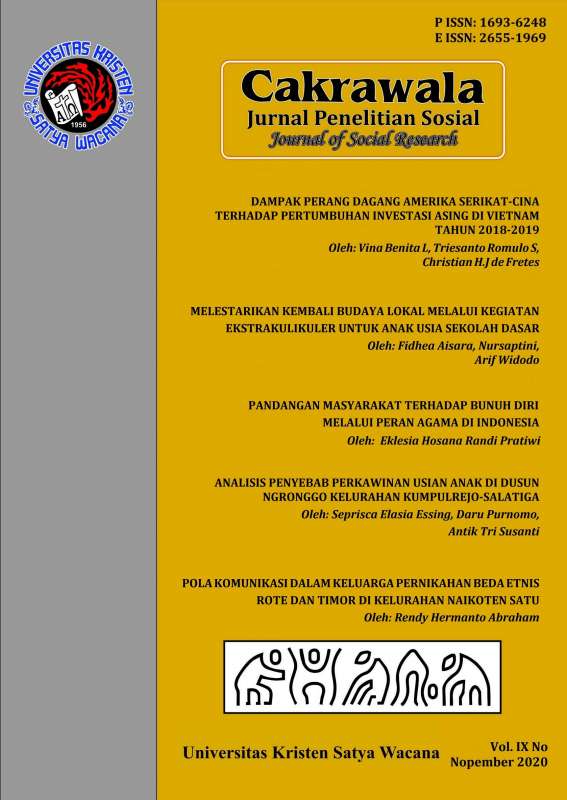