elevision is the most influential mass media is important today to portray a person or public figure to the public. Television today is just a tool for personal gain, regardless of the actual roles and functions to the public. With the theory of the political economy of the media as well as to consider ethics in the mass media, through this article tries to analyze the Content Content Coverage in Mass Media Television Related to the Presidential Election of 2014. The mass media only as an instrument for the ruling class to control the contents of the news content for personal gain. The mass media are considered not to provide impartial news and in accordance with the facts, so that people who should get the news and understanding of the actual figure of the presidential candidates can not be obtained. The mass media should look at what is needed community real and must be concerned with the interests of society as a means of gain accurate information and have a good understanding and correct knowledge will be a political democracy in the country, so that the role and function of the media as an agent of a conduit of information and knowledge in educating people can run well. 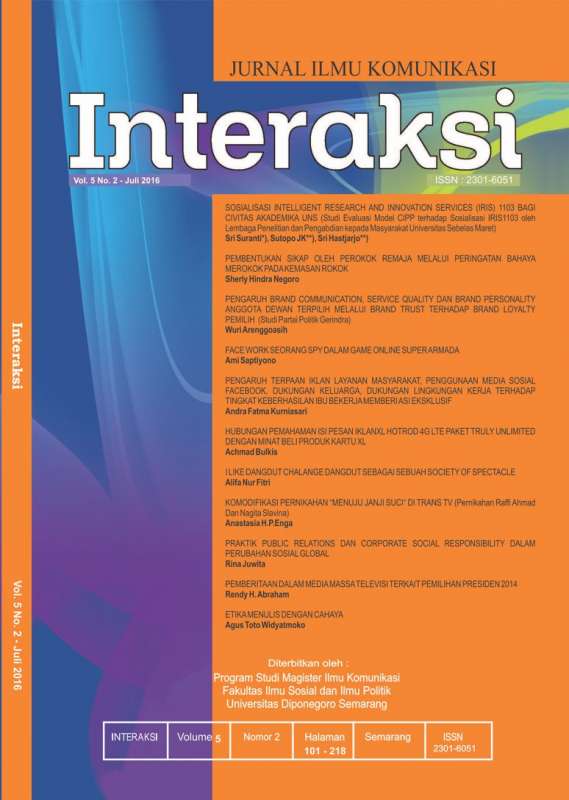